With the prospect of a ‘no wind’ sail it was surprising to see 18 boats rigging to get on the water……..last chance for points for the Cobley??

Ken and his almost full team set a short course of 6p,5p,9s,4s,S, in anticipation that the fleet would have trouble even getting to the first mark!!

Hadey was off first in her Pico, followed by Hugh in his Byte, then Mike in his solo, Peter in his Ent, then the horde of Lasers, with Steve in his 505 waiting for 31 to sound.

Poor Dave was over at the start though he swiftly climbed up the fleet again. Roland managed to miss going through the start line on the 2nd lap and lost 6 places!! The wind picked up nicely with no one actually getting becalmed…there was some place changing but Peter came in first…..his weather…..followed by Dave 2nd and Mike 3rd.

The OOD team were treated to fresh coffee and Bev had made tomato soup for the chilled racers. 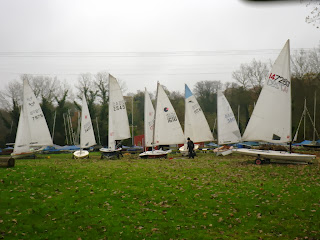 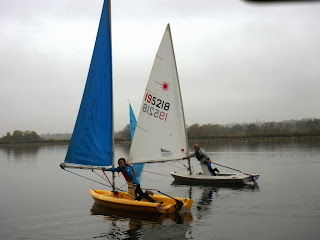 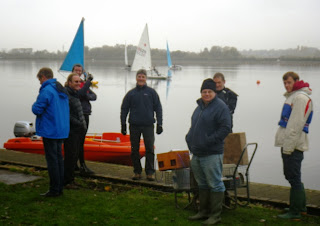 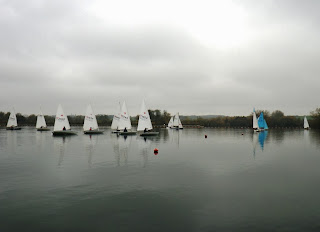 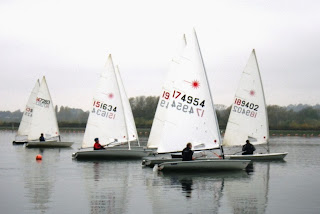 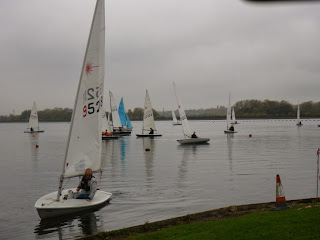