With all the advanced warnings from the weather guys it was not surprising that only 14 boats went out, mostly radial Lasers – only big Adrian and Ken had full rigs. Frantz and his FULL team set a good course from the shore with several gybe marks, 5p,9s,3p,2p,6s,7s,S!

The first to come in was Bob, in his Solo, having made a late start and finding the wind too strong, followed by Phil in his Solo and later on Hugh.

Roland managed a magnificent dry capsize right in front of the OODs before the start. But he went on to lead most of the race, keeping Newton and Ros at bay, only to be overtaken by them in the dying minutes of the race, but only by his retracted spinnaker pole – a close thing! 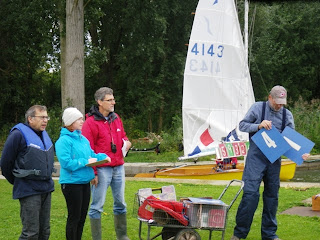 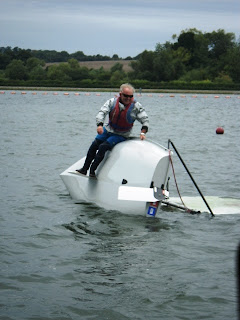 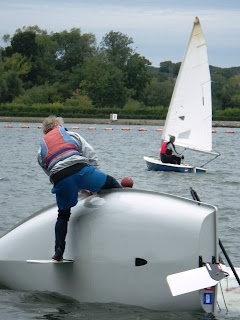 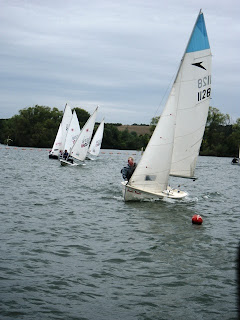 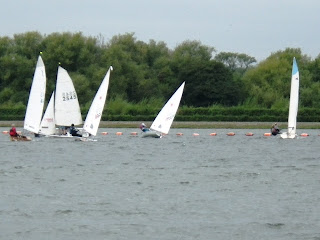 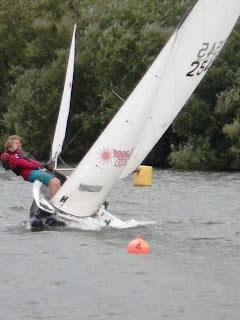 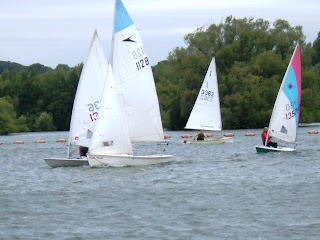 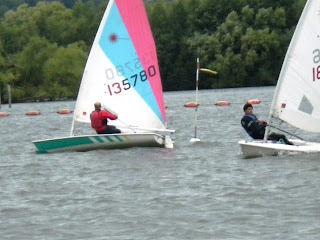 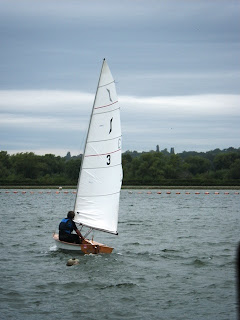