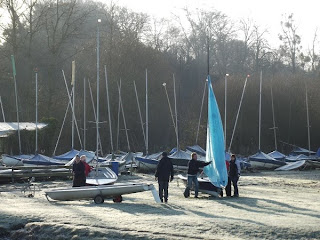 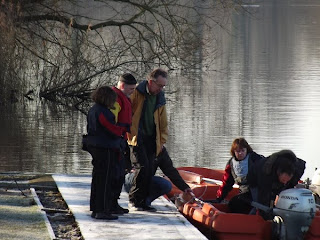 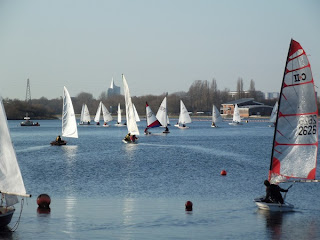 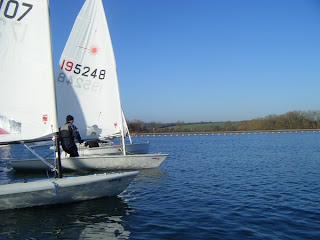 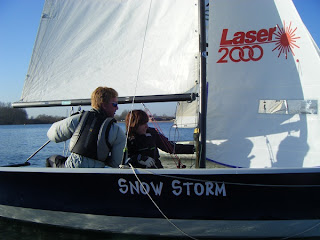 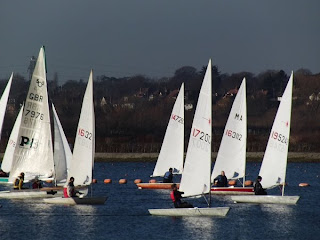 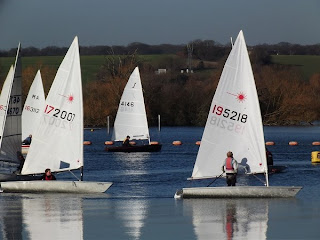 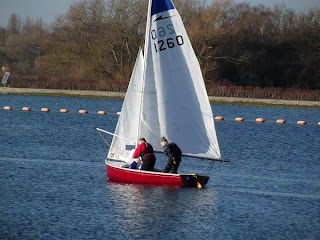 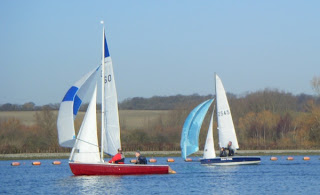 Eddie, the OOD, was delayed from setting the course due to a lack of wind and also problems with the rescue boat engines, which resulted in one rescue boat towing the other out to the start at Tektona.

The 22 strong fleet struggled to get out to the start line, and were only then able to see the course.  Steve made an excellent start, but some boats were not so quick to get started.

A couple of boats had problems with the Start line on the first lap – the Leader had to go around again, and the byte struggled to get going again when he changed direction to miss it.

The Laser 2000 and the Leader showed off their spinnaekers, the Leader had a bit of a problem getting theirs up, but Neville managed to rerig in the middle of the race.

Rowland was ahead after the first lap, but David took the lead by the second lap and held the lead for the remainder of the very close race.