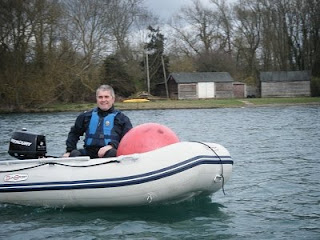 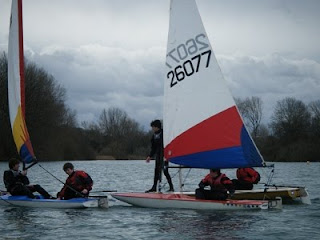 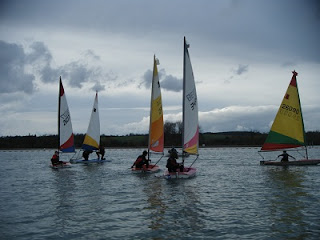 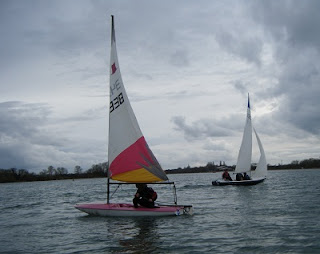 The lake was overrun with Pirates for the first time this year.  There were twenty two youngsters in an assorted fleet ofToppers, Lasers and a Leader.  Gary attempted to provide structure to the afternoon, but it felt too good to be out on the water and no-one listened to him.  He resorted to sitting alone in his rubber duckie with a giant red ball!
The wind was just perfect to provide enough movement to keep everyone interested, but not enough to get cold and wet.  There was only one casualty who had to head in for a nice warm shower.
The sun was low in the sky when the last of the Pirates returned to base, and when the boats were all put away, the sailors were joined by less hardy souls who came just for the feast of sausages, burgers and curry.  The clubhouse was full to overflowing.
Gary made a rousing speech, and then Monica announced that the Pirates domination of the lake was to extend to a Saturday afternoon each month – after the Pink Fleet is safely out of the water.
Yes, you read that correctly, Monica has returned – so Summer is nearly here.
Welcome back Monica, and hoorah for the Pirates!