It was a perfect evening for a the 29 boats, eager to get on the water in the dying breeze. While Don and his team delayed the race for 15 mins the boats were being decorated with an assortment of lights. By the time the race started the wind was very light but Steve in his 505 got away on a lucky puff and headed off to 3 at the far end of the lake. Andy retired after the first lap, Sylvia and a few others were towed in finding the lack of wind too tedious!!

There were little groups of boats swapping places through out the hour long race and lights became visible – a lovely sight for those deciding to just sit on the deck and enjoy the views of the setting sun.

Roland got ahead of Steve and established a good lead, finishing 1st, Mark 2nd and Chris 3rd. While poor Dean and Lucy having got totally shut out at the start, sailed back wards for a bit, but eventually getting going to finish in last place – bad luck Dean!

Meantime on shore, Sally and her team were preparing a massive BBQ feast, which some 35 people enjoyed on the deck.

There was thanks all around, to Sally and her team for the BBQ, Lynne and Elaine who had done supper when Geesji was on holiday and a bouquet was presented to Geesji from all the Wednesday evening racers for all the wonderful meals she had given us all summer. Everyone pitched in to clear up and thus ended the Wednesday sails for another year. 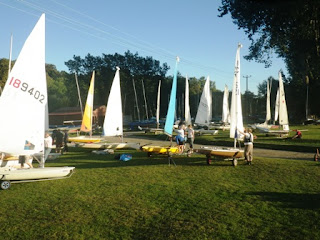 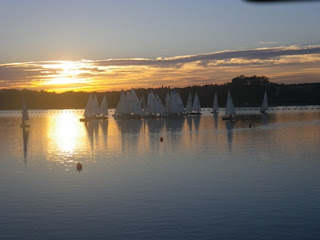 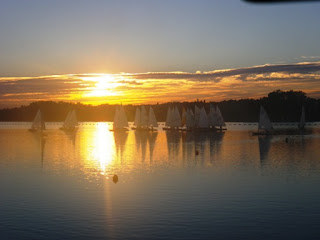 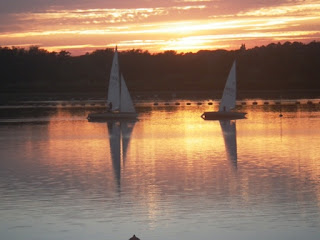 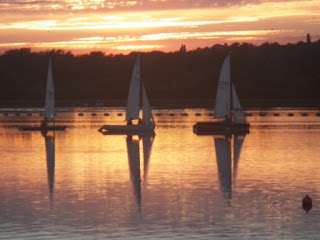