September 26, 2017 jollysailor
Cobley Series 1 & 2    3rd and 10th September
Pursuit Races
The first two races in this series produced two entirely different leader boards with the 3rd September  race showing the first three as Richard S, Chris H and Hadey and the 10th September showing the first three as Newton, Jon and Karen, so it promises to be a keenly contested series.
Handicap Races
Again the two leader boards for races 1 and 2 were different with 3rd September showing Chris H, Ralph and Richards S and the 10th Newton, Jon and Karen.
One interesting point was that on the 10th September the first three were the same for both the Pursuit and Handicap Races, something which does not happen very often.
Cobley Series 3         24th September
It was a nice sunny morning with a SE wind of about 8 mph, but this increased slightly for the second race and changed direction throughout both races! Richard S was SOOD and used a Tektona start with the first leg down to 1, then 3, 9, 6, 5 and back through the start.
Pursuit Race
There were 21 starters with Bea first away in her Oppie followed some time later by Ron (Mirror) then Rhys in his Topper. With such a light wind there was only a lap and a half before the finish horn sounded and the positions at the gun (horn) were –
1st Chris H–Comet; 2nd Ralph-Laser; 3rd Ron-Mirror; 4th Bea-Oppie; 5th Newton-Solo; 6th James-Laser
Handicap Race
In the light wind most of the fleet was closely bunched and on the first lap about nine boats approached No 6 line abreast. Alistair (Laser) was in pole position on the inside and should have had water rights, but trying to get that many boats to yield water proved impossible and inevitably resulted in a raft! Probably half the fleet with the notable exception of Alistair should have done penalty turns, but in the event there seemed to be an unspoken agreement that it was a “racing incident” and everyone sailed on!
At the end of the first lap Karen (Laser) was first back through the line closely followed by the Lasers of Ralph and Mark with Jess (Radial) 4th, Newton (Solo) 5th and Sally & Stuart (Leader) 6th. Less than 30 seconds covered the next eight boats who were led by James (Laser), then Adrian (Vago s/h), Chris H (Comet), Dave & Ann (Leader), Mike C (Wanderer), Rick (Laser), Hadey (Radial) and Julian W (Solo).  Further back were Mike A (Lightning), Ron (Mirror) and the unfortunate Alistair, who must have lost well over a minute by being forced to re-round No 6. Dean (Vago s/h) and Rhys retired on this lap.
There were only two laps and Karen retained her lead crossing the line well ahead of Mark, who had moved up to 2nd with James who had gained four places coming through in 3rd. The other movers on the last lap were Hadey up seven places to 6th, Dave & Ann up two places to 8th, Julian and Mike A both up five places to 9th and 10th respectively, Rick up one to 11th, Alistair up four places to 13th and Laser 155920 (did not sign on) up one place to 17th.
Bea did not complete the second lap, but not sure if she received the gun one lap early or whether she retired.
The final positions on the water were –
1st Karen; 2nd Mark; 3rd James; 4th Ralph; 5th Newton; 6th Hadey
On handicap there should be some surprising changes particularly in the case of Ron who finished last on the water, but should take 1st place!
Newton should move up to 2nd, Mike A up to 3rd, Chris H 4th, Hadey 5th and Dave & Ann 6th.
Thanks to Richard S and the OOD Team of Tracey T and Gareth D.

September 26, 2017 jollysailor
Apologies for the lack of race reports during August, this jolly sailor was not so jolly and could not get down to the club.
Back in business now, but a few requests.
All sailors – please make sure you sign in on the Declaration Sheet
OOD Team – make sure you enter your names on the race sheet and if you finish someone a lap early please note this on the sheet by entering FIN
and enter retirees as DNF or RTD
Thanks

What is involved in the weather forecast for the America’s cup?

If you would like to know more about the weather forecasting for the America’s Cup then come to this talk at the University of Reading on 4th October 7-9pm in the Meteorology department. https://www.rmets.org/…/microscale-wind-forecasting-mid-atl…

Entry is free but you need to register via the website to secure a place.

September 17, 2017 jollysailor
This Sunday saw Reading Sailing Club participating again in Bart’s Bash the world’s largest sailing race with some 598 clubs in 80 countries holding races over the same weekend, raising money for the Andrew Simpson charity.
Weather at Reading was fairly grey with light winds, as emphasised by the Virgin Hot Air Balloon carrying out a fly-over of the lake at about 100ft, 30 mins before the start.  Never a good sign for windy conditions!
With the wind coming from the North, and filling in to 1-2mph,  James the  SOOD (yours truly) started the races from Tektona, the first being a small buoy race for the oppies.  4 boats, consisting of Bea, Jemima, Lucy and Nico, all coached by Hadey and William.  Jemima showed the way with Bea, Lucy and Nico coming in 2nd, 3rd, and 4th respectively,
After the Oppie race came the main fleet consisting of 15 boats, with the course being Xp 5p 9s 4p 2p S.  Adrian in his souped up Laser (Rooster 8.1) lead the first lap, with Mark B in his Laser following and the Solos of Chris and Phil in hot pursuit.   The second lap had the added entertainment of a fly-over of 3 Tiger Moths in tight formation.  There were two battles royale going on between Adrian and Mark, and the Solos of Phil and Chris.   Mark managed to overtake Adrian by lap 3, with Chris overtaking Phil on the fourth lap.
On the water Mark crossed the line first followed by Adrian, then Chris followed by Phil.  Lower down the pack Milo crossed the line in his Laser Radial a couple of seconds in front of Hadey in hers!  Hadey’s marked her finish with speculation (later confirmed to be true) that her Laser was taking on water, and reminding the committee boat that she won Wednesday’s Twilight race.  Needless to say that there wasn’t much sympathy coming back from the committee boat, with remarks that the student (i.e. Milo) had now become master, and Wednesday was soooo last week!
Rhys brought the first Topper home ahead of Thomas, and while Carlos brought up the rear he certainly won the prize in sailing the most relaxed race. There were comments on the committee boat that if he got any more relaxed he would be mixing up cocktails on the foredeck, which was thought to be a fine idea.
Final results are as below. After applying the Barts Bash handicap system, Chris took the honours of the day in his Solo, followed by Mark, then Phil and in 4th, Chris in his Comet.   In terms of the PY system, I think it is only Ron that has cause to complain. If the Club’s PY numbers were applied using the single handicap number for a Mirror, then he would have edged up from 5th into 3rd.
However, whisper it very softly, if you look at the corrected speeds (the Bart Speed), then Jemima in her Oppie takes the overall honours for the day!
Anyway well done to everyone who took part, especially for those for whom this was their first race or who don’t race that often. Well done for taking part. Thanks too to the OOD team of David, George, Laura, Mike, Steve and William. And thanks to to Ann and Suzi for organising the Cafe and Kuchen afterwards.  The club raised over £100 for the Andrew Simpson charity not including any online donations, so well done and thank you all for that. 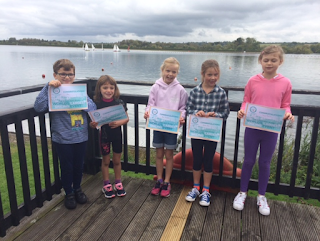 September 14, 2017 jollysailor
A remainder that it is Barts Bash this Sunday.  First Race for youth & juniors at 10:30. Second Race for everyone else at 11:00.
It would greatly help the Race Officer if you could sign up / register yourself on the website beforehand.  http://www.bartsbash.com/   Just enter Reading SC as your club.

September 4, 2017 jollysailor
The club Macerator is up and running and everything is flowing nicely again.
Please contact any member of the committee if further assistance is required.

The club macerator is U/S and so until it is fixed (hopefully by Monday afternoon) there are no showers, toilets or water disposal via the sinks.

·       Cut back verges and overhanging branches on main access road. ½ metre maximum each side.

·       Remove dinghies from one boat park row to cut back overgrown weeds etc. Row to be decided.

·       Bring Tektona back to jetty to repair missing window, pump out water and possibly fit wood floor in rear of boat.

·       Repair broken wooden rail on right side of main slipway.

·       Collect any abandoned car tyres and stack with others by trailer park.