Only 13 boats were being rigged this morning was this due to the thunder and lightning ??????? The forecast was strengthing winds . Between force 4 or 6 later. The laser sailors had no problem deciding what sail to use. That's if the remembered to pack it in their cars. Adrian didn't have this problem.

Adrian was the S.O.O.D. today and he had his full compliment of team. Zuki was manning a patrol boat with Sophie assisting her. Well done Zuki for your help today. Two boats required their help , the gusts were quite testing at times.

Rowland started at he meant to go on, what did he has for breakfast? Was he struck by lightning and the extra energy resulted him storming into a huge lead!

THE FORECAST WAS POURING RAIN AND LIGHT WINDS, WHAT DID WE GET?  SUNSHINE AND CLOUD WITH LIGHT VARIABLE WINDS –  NO RAIN. PERFECT WEATHER FOR THE INTREPID PINKIES WHO MANAGED TO  GET OUT OF THERE BEDS TO ENJOY ANOTHER GREAT BREAKFAST COOKED BY OUR RESIDENT CHEFS PAUL AND BARBARA, BREAKFAST SO GOOD THEY COULD BE THE NEXT TV MASTER CHEFS.

PINKIES SEEM TO BE GETTING YOUNGER EVERY MONTH, OR AM I GETTING OLDER! I’M SURE I SAW SOME SAILORS IN ROMPER SUITS OR WAS THAT DAVE  IN HIS ONESY.

GREAT START WITH ALICE,  AS USUAL,  OUT IN FRONT. SHE WAS INSTANTLY DISQUALIFIED FOR DISAPPEARING OVER THE HORIZON.
DAVE PORTUS WAS DISQUALIFIED FOR INTIMIDATION AT BOUY 7, AND CHRIS AND CAROL WERE ALSO RED CARDED FOR HAVING BRAND NEW BRILLIANT WHITE SAILS AND BLINDING THE REST OF THE PINK FLEET.

A VERY ENJOYABLE ONE HOUR RACE. WHO TO GIVE THE OCTOBER PINK FLEET CUP TO? IT HAD TO BE WILLIAM IN HIS TOPPER, SAILING ONE HANDED AND BAILING OUT AS IF HIS LIFE DEPENDED ON IT. WELL DONE WILLIAM.

NEXT PINK FLEET IS

NOVEMBER 9TH.  A MUST FOR ALL PINKIES AS WE WILL BE TAKING NAMES FOR THE PINK FLEET CHRISTMAS PARTY ON THE 14TH DECEMBER. PLACES ARE LIMITED AND SO IT WILL BE FIRST COME FIRST SERVED.
well done William, can you put “all finished off with Barbara Moore’s 28th birthday – I think that’s what she said! Wine beer and nibbles for all, a perfect end to Pink Day.
Sent from my iPad 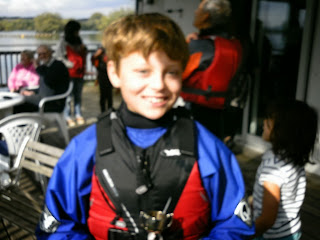 Very little wind greeted the sailors. It didn't greet the S.O.O.D. Because he or she didn't turn up! Thankfully O.O.D. S who were there did a great job with help from other sailors and the course was set and the race countdown started on time. Everyone started but it took some of the sailors and age to cross the start line. Julian in his Solo couldn't take anymore of the punishment and retired before the first mark. Thank you Julian , because soon as you retired the wind started to fill in . You must of been a sacrifice to the Gods ! The slower boats had a disadvantage over the faster boats because the laser mob and Steve in his 505 soon caught them up.

Karen and Peter started to pull away from the catching pack. They then had clear wind and there was no stopping them, the wind picked up further to a force 2 and The Jolly Sailor thought it was becoming quite enjoyable !

Steve and Mike were doing very well but typically sailing in a pursuit race , the faster boats caught up in the last couple of minutes of the race . Four boats past Steve and Mike, how cruel

The Work party will also be busy in the morning – for those at a loose end ! (a nautical term)

If members are looking to sail, can they co-ordinate it with our Model Yacht PRO.