Thanks to all 65 people who attended the social event on Saturday evening. Music was provided by Colin Heaven and his Jazz Band who have played several times at the club. However, they had two extras on Saturday. Dean Jones was on bass guitar, Thank you Dean for a wonderful performance and Mike Newlove on Saxophone his debut performance Well done Mike.

Preparations started just after noon. The gazebo was a little tricky to erect as you can guess the wind came up (typically no wind when you are arranging a sailing event, but too much when you are doing a social).  There was music all afternoon along with the musicians warming up. The sun was shining and there was no rain. It was nearly perfect. We had our own Glastonbury. The temperature could have been a few more degrees as it was a little chilly during the evening but being mostly sailors, everyone had a fleece at the ready and the others had blankets.(very sensible). The hot coffee/Tea went down well!

Thanks to everyone involved in the preparation, many hands make light work, also thanks to all who helped clear up and taking home the rubbish. Any feedback welcome for future events, send an email to Sally Newlove. sallynewlove@hotmail.com 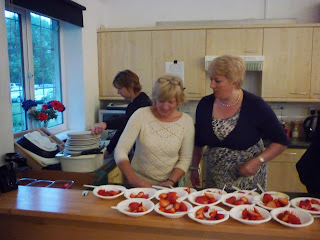 Check out the rest of the pictures here…