April 29, 2013 jollysailor
3p 2p 5s 9p 6s 7s S
The wind was blowing, the sun was shining, and about 20 boats took to the water.  Newton and his team set an excellent course, with Tektona moving about through 90 degrees as the wind veered first one way and then the other.
The sun went in, but the rain stayed away and the wind improved throughout the 90 minute race.

Mike took back the helm of the Leader after Sally’s successful race on Wednesday.  Did she tell you that she was 10th!

There was as many different choices of gear as there were classes of boat in the race.  Curtis went for an optimistic shorts, whilst others were in dry suits and there was even a balaclava spotted at the start.

The mirror set off first, and stayed in front for at least one circuit before the rest of the pack overtook. The 505 set off last – with only Steve aboard this week – was it too chilly for his crew I wonder?  He could have done with her on lookout as he caused the Enterprise to perform an elegant pirouette to avoid him.

The positions changed throughout the race and, as with all pursuit races, the final positions were hard determine for the onlookers as boats started early, late, caught up and lapped.  I’m sure Newton will have it all sorted out and posted on the results page soon enough.

send photos and comments to rscJollySailor@gmail.com

We expect to demolish the old shed on Friday. Members who park their boat on row adjacent to the old shed will need to move it whilst  the work takes place  The debris will be heaped between the trailer park and the pirates bonfire so don’t park your boat there !. The committee will move any boats necessary on Wednesday and Friday, at the owners risk.

April 7, 2013 jollysailor
Spring has sprung  solots of eager sailors rushed to the lake bouyed by the promise of sunshine, above freezing temperature and a gentle breeze. Well they say two out of three ain’t bad, and the fickle wind pooped out of the party only really turning up in the final half hour to tease a bit.

For some the real race was to get to the Tektona start line at all. The Solo contingent where the most tardy, with Jon making it several minutes late and Bob not turning up at all. Neither had a note from their mum and will be dealt with firmly.

Mick did make it on time but probably wished he hadn’t as it took 8 minutes to get to the windward mark.  No sooner had he got there when the wind moved around first 90 and then 180 degrees – the beat goes on as they say. This meant that traditional sailing skills where abandoned in favour of woo-woo wind devining and goat entrail breeze predicting. It was Jon Clay who seamed to have most luck with this, at least he made progress where some sailers where seen going backwards ( their identities have been hidden to save embarrrassement but we know who they are – St@ve , N~ck, M#ck & H>gh)

Anywaay by the third lap some sort of breeze had established itself and Ian hit the front using his comanding “silver surfer” stance aboard the Supernova, while David Clay overtook nearly everybody in pusuit.  Places changed hands like knock off tobacco in a Scouse pub and Peter lost all sense of direction and began spinning around alarmingly – he could’nt have accrued that many penalties? no it was rigging failure let him down again. Time for a new boat perhaps, far less string on a Laser ?

Final hooter came non too soon and accolades went to Ian and the Clay family. Minor places where still being sorted out in the carpark when JS made his excuses and left – no biting , gouging or rabbit punches boys ! Results will be in the usual place, read em and weep. 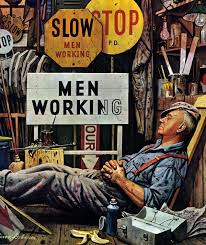